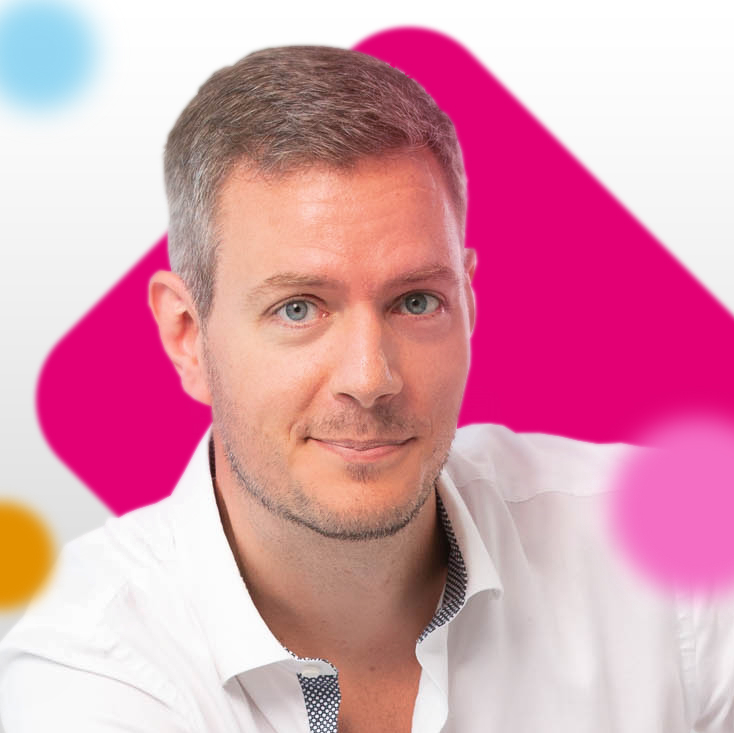 A dedicated creator at heart, a multidisciplinary designer of many skills. I design, code, teach, lead a team, and try to learn new skills every day.

Currently leading the design efforts of Deutsche Telekom's Design Hub where I spend most of my time working on international projects designing UX & UI. It's super exciting to be able to work on products used by millions of people all over Europe and to do this with a talented and friendly team.

In my spare time I build apps in Swift for Mac and iOS. Teaching has also become a part of my life and I’m very grateful for that. Giving back to the community is amazing.

When I joined Deutsche Telekom in 2018 our team, Design Hub was mostly doing design localization of German products for the local markets around the EU. But in early 2019 we got the chance to become the lead design team for the redesign of the most important European product for Telekom: the self-care mobile application. It was already being used by over 5 million users monthly so it was quite an exciting challenge. Together with the awesome management and development teams we released the app to 9 countries. Read more about the process in this interview in Hungarian, or the story from the Product Owner's perspective.

I build my own IoT hardware now!

As one of my main goals for 2019 I decided to try to make my home smarter. At first I just wanted to create a something simple. The fascination grew and grew and so did the possibilities I realized a home had. I learn a lot each time I create something. And because I've never had any experience with electronics before I struggle a lot. But today I can manage my alarm system, open and close the garage door, control many lights, set the heating or cooling and many more fun things, all integrated through Apple's HomeKit. I love doing this and it's a great and mostly cheap hobby. You can follow my very messy progress on Twitter in this thread.

The Hungarian University of Fine Arts is one of the most prestigious art schools of Hungary. UI Academy is a special 3 month course run by the university and organized by three amazing people. When they reached out to me to teach UI design basics and UI animation I knew I would love it. I wasn't wrong :) And at the end they even invited me to judge the final work and performance by the students, which was a total blast! It's been an honor to continue teaching each semester ever since.

Becoming a lead designer has been the aim of my career for a while now, and with Deutsche Telekom it became a reality. I'm not ready to change my portfolio's color to  #E20074 yet, though it's already pretty close 😉

Clean, simple, super focused. As all designers, I have not been satisfied with my portfolio page for longer than a month. So this facelift was well overdue. Also, check out the new Projects section!

The online design community is known for being open and helpful towards beginners. As a designer I always wanted to try my hands on teaching young people about design, so when Hellodesign reached out I immediately said yes. So I'm teaching now! 🎉

After the IBM acquisition in January of 2016, the Budapest office of Ustream officially became part of IBM Cloud Video in April of 2017. IBM sounds boring? Think again!

As a part of a 9 person design team I get to work on projects for Ustream and IBM as well.

MoveRite is an iOS application for weight training. Together with my father we aim to help beginners learn the most important exercises thus preventing injuries.

Our daughter Alíz was born on the 22nd of July.

Ravioli was a simple menu bar application that let you quickly upload and share images with a short link. It was free and had no upload limits.

Secret Sauce Partners is a small startup, working on revolutionizing the fashion e-commerce business. I was invited to help them with UI and UX design, so decided to join their awesome team in 2015 May.

Released the new GAget for macOS

After 4 months of learning Swift, the new version of GAget for macOS was ready to be released. I published an article on Medium about the ups and downs of learning a new programming language and releasing an app as a designer.

With the release of Yosemite I wanted to give Swift a try as I was always interested in coding.

I got really tired of the skeuomorphic style of my previous portfolio, so in 2014 I decided to redesign my site.

Talked about “GAget for iPhone” at App! 2013 conference by hwsw

I was invited to talk about the design and development challanges of creating GAget for iPhone. You can listen to my 15 minute talk here in Hungarian.

2 years and 60 thousand downloads after the release of GAget for Mac OS X it was time to put the iPhone version into the hands of the public. With András Holló in 2013 october we released GAget for iPhone.

While working full time at Arkon, I found some time to finish my thesis on social media marketing and graduate as an Engineering Manager from the biggest technical university of Hungary.

The company structure at Arkon for people working in a design-related field was kind of a headache. We had no clear place in the company, so with the help of the management and HR, Balázs Dömsödi and I started a self-managed design team at Arkon.

Talked about “Designing mobile interfaces as a web designer” at App! 2012 by HWSW

I had the chance to talk about designing for mobile based on my experience as a web designer.

After 5 years of falling in love and 2 years of being engaged I got married to the loveliest woman in my life, Ágota. And Cyprus turned out to be an awesome honeymoon destination! :)

The first iPhone application I worked on got released after a couple of months of making hard design decisions, development and user testing.

After years of freelancing I decided to join the awesome team behind ingatlan.com, the biggest Hungarian real estate portal and Köpönyeg, a popular weather portal.

The Dashboard of OS X doesn't get much love from Apple and developers, but I believe it could be really useful if there were great widgets for it. That's why I developed GAget for Mac OS X, a Google Analytics widget for quick and easy access to the most important data of your GA account.

The skeuomorphism was really booming in 2011 so I was not going to be the one left out. A digitally drawn room, bookshelf on the wall, a drawing of myself, wooden buttons and flickering lamp lights were all essential parts of this fully skeuomorphic design. :)

Worked on a couple of projects with Webness, a small Hungarian start-up company.

Worked on lots of projects for ÉnFotósom, a small Hungarian company specialized in photography, print and web design.

As my freelancing business started taking shape I had to have a website to collect my work.

Worked as an off-site designer for the California based eSports website GotFrag for two years. Basically at the time it was the most prestigious online publications about Counter-Strike.

With the best classmates ever, I graduated in the class of 2004.

I was always interested in the web so after borrowing a book from the library about HTML, I launched my first website, called 'Zolee Site Millenium'. The name seemed appropriate in 2000. :) Unfortunately I couldn't find any trace of it on the internet, so no screenshot...

👶 Came into this world

I was born in Budapest, as the first child of a small, but loving family.